Light emitting diodes (LEDs) are a bright idea if you’re looking for a way to save on your facility’s energy bill. High performance LED lighting upgrades can improve your efficiency in a number of ways.

Why is Now the Time for LED Lighting Upgrades?

As the country focuses more on greening initiatives, we can help you stay ahead of the curve. Advanced Energy Group can retrofit or completely replace your existing lighting in the most energy efficient way possible. Our turnkey commercial lighting upgrades can save you money through improved light quality, reduced maintenance and increased control.

If you haven’t made the switch to LED lighting, now may be the time. According to the U.S. Energy Information Administration, LEDs offer improved efficacy and color quality when compared to traditional incandescent bulbs in commercial lighting settings.

Incandescent bulbs are heat based, meaning the filament needs to warm up before the full effect of the light can be seen. Believe it or not, these traditional bulbs release 90% of their energy as heat. Conversely, with LEDs, light transmission is the primary goal, meaning the warm up time and potential for flickering are virtually eliminated.

LEDs also emit light in a specific direction, which removes the need for reflectors and diffusers that are present in traditional bulbs. You get a much more efficient, directed and controllable light in a smaller package.

There is a higher upfront cost associated with LED lights, but that can be offset through reduced maintenance, utility incentives and better energy output. LEDs have an extremely long life expectancy, approximately 25 to 35 times longer than a standard bulb, so you won’t have to replace or repair them nearly as often.

The U.S. Department of Energy cites LED lights as using 75–80 percent less energy than traditional bulbs. That’s a major difference you should notice on your energy bill in the long run. To help offset the immediate upfront costs, we will coordinate with your utility company to find out which utility assistance programs you qualify for.

AEG can also provide extensive control over your new commercial LED lighting systems through lighting controls and integrated technologies. These measures include:

Essentially, your LEDs can be controlled automatically as your demands for lighting change. Occupancy sensors can turn off the lights in unoccupied areas and dimmers can limit the light output as more natural sunlight becomes available during the day.

With a networked system, you control the power. Networked controls are the future of the energy industry, with occupancy sensors, daylight harvesting sensors and high/low end trim lighting. Each of these evolving technologies works to control the power and intensity of lighting with minimal user intervention. In the coming years, these advancements will be a major focus of utility companies when it comes to incentivizing green technology. 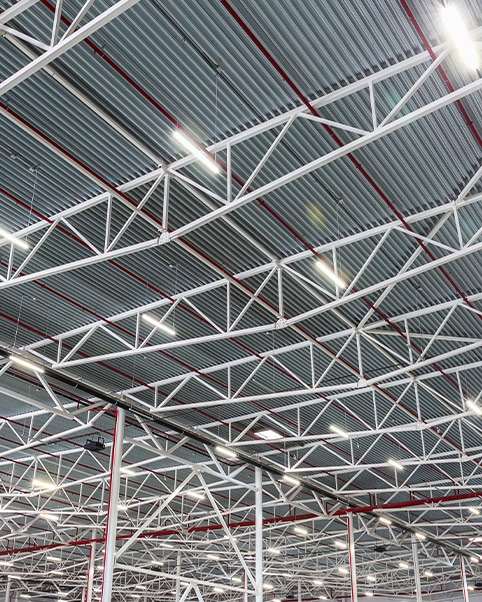 Questions about how LED lighting can benefit your facility?

Advanced Energy Group is here to help guide you towards energy efficiency, and if you have any questions about the process, we are ready to answer them.

We use cookies on our website to give you the most relevant experience by remembering your preferences and repeat visits. By clicking “Accept”, you consent to the use of ALL the cookies.
ACCEPT
Manage consent

This website uses cookies to improve your experience while you navigate through the website. Out of these, the cookies that are categorized as necessary are stored on your browser as they are essential for the working of basic functionalities of the website. We also use third-party cookies that help us analyze and understand how you use this website. These cookies will be stored in your browser only with your consent. You also have the option to opt-out of these cookies. But opting out of some of these cookies may affect your browsing experience.
Necessary Always Enabled
Necessary cookies are absolutely essential for the website to function properly. These cookies ensure basic functionalities and security features of the website, anonymously.
Functional
Functional cookies help to perform certain functionalities like sharing the content of the website on social media platforms, collect feedbacks, and other third-party features.
Performance
Performance cookies are used to understand and analyze the key performance indexes of the website which helps in delivering a better user experience for the visitors.
Analytics
Analytical cookies are used to understand how visitors interact with the website. These cookies help provide information on metrics the number of visitors, bounce rate, traffic source, etc.
Advertisement
Advertisement cookies are used to provide visitors with relevant ads and marketing campaigns. These cookies track visitors across websites and collect information to provide customized ads.
Others
Other uncategorized cookies are those that are being analyzed and have not been classified into a category as yet.
SAVE & ACCEPT